The main subject of this website is what I have named the conceptual frame of reference of Habermas’ theory of society.  It focuses on those parts of Habermas’ publications in which he has developed a new conceptual framework for the interaction of philosophy and empirical social sciences. I have reconstructed these publications in terms of the foundational structure of his theory of society. The website makes accessible for a broader audience my published and unpublished texts on this subject and intends to contribute to the international discussion. Its overall aim is to foster interdisciplinary collaboration between the different social sciences. The majority of the texts that I am presenting here, date from more than three or four decennia ago. Nevertheless I do believe that they are still relevant today.  To my understanding, this means in the first place that they are not outdated by the actual state of Habermas’ work. Although it is certainly true, that recently published texts of Habermas demand certain emendations of my reconstruction. This is in particular due to the three chapters of Nachmetaphysisches Denken II (2012)Part I: Die Lebenswelt as Raum der Gründe.
The here presented texts are still actual for another reason. One cannot say that foundational research is on the front page of  todays research in the field of the social sciences. On the contrary. Scolars in these fields are rather sceptical about the sense and the possibility of foundational research. This is certainly the case among the practitioners of the science of economics. However, the financial and economic crises we are confronted with, manifest an urgent need to reconsider the mainstream concept formation in the different branches of economics. Their conceptual infrastructure is too narrow and too onesided, preventing satisfactory analyses of interactions and structures in the real economy. It is my strong conviction that Habermas’ writings offer important contributions for a critique and for a renewal of the conceptual frame of economics, understood as a social science.

My focus on the science of economics relates to my professional life history. In 1969  I have been appointed in  the department of economics at Tilburg University, and , as a philosopher among economists, I have been working there until my age retirement in 1998. Jack Vromen, philosopher and economist ( today’s chair of  Theoretical Philosophy
at Erasmus University Rotterdam),  and Pieter Ruys, econometrician (professor emeritus of Mathematical Economics at Tilburg University), have been over many years inspiring and challenging companions in a common search for renewal of the conceptual framework of economics. Close cooperation with them made it possible for me, against the scepsis of most of my colleagues in the philosophy section of the Department of Economics, to reconstruct  with the help of a mathematical model the foundational concepts of Habermas’ philosophy and to make clear their relevance for socioscientific research in all its forms.

This website has four rubrics. The first and the second rubric, forming the center of my approach, are meant to make more accessible the conceptual frame of reference of  Habermas’ theory of society for fellow philosophers as well as for practioners in the field of social sciences.
Under the heading Part I.Reconstruction are brought together texts that step by step reconstruct, articulate or elaborate that frame of reference. The rubric Part II. Relevance brings together texts by which I have shown how this conceptual frame can be made fertile for the social sciences hermeneutically, heuristically and/or experimentally. The most attention has been given to the science of economics.
Under the rubric Part III. Other writings I present some older texts. Lions’ part  of it regards my doctoral thesis of 1982  (in Dutch). And rubric Part IV gives background information about the work of Jürgen Habermas and about my published and unpublished writings. 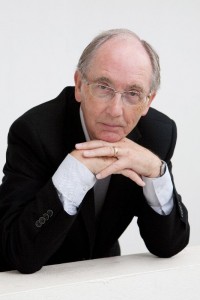 (this picture is taken by Mandy Sattler, Albufeira October 2010)

P.M. Occasionally there will be additions, corrections and other changes.
The published texts are presented here in their original version. Only printing faults and evident mistakes and omissions have been corrected.